Since 2019 EuQu has been compiling comprehensive documentation of the geographical history of the European Qur’an. This material will be used to create a GIS-mapped database in which we collect all the available data about the circulation of Qur’anic manuscripts in medieval and early modern Europe, as well as data about all published and unpublished European editions and translations of the Qur’an in Arabic, Greek, Latin and the European vernaculars. The database will also collect all anti-Quranic polemical tracts written and published in Europe between 1142 and 1800. 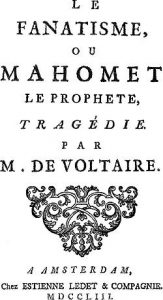 This unique database aims to provide a groundbreaking research tool with which researchers will be able to trace the development, spread and transformation of the European Qur’an from the Middle Ages to the modern period, and from Spain to Russia and to the borders of the Ottoman Empire. By displaying this data on a map with spatial and temporal dimensions, we will make them readable as a geographical history of the European Qur’an. Our map will visualize the circulation and distribution of Qur’an manuscripts and also relate them geographically and chronologically to translations and editions and to anti-Qur’anic polemics that appeared during the period.

The European Qur’an database will support and generate new insights in a number of areas, including: