Welcome to the Website of the ERC Synergy Project ‘The European Qur’an. Islamic Scripture in European Culture and Religion 1150-1850 (EuQu)’

EuQu is an ambitious six year research project (2019-2025) studying the ways in which the Islamic Holy Book is embedded in the intellectual, religious and cultural history of Medieval and Early Modern Europe. Our research studies how the Qur’an has been translated, interpreted, adapted and used by Christians, European Jews, freethinkers, atheists and European Muslims in order to understand how the Holy Book has influenced both culture and religion in Europe.

Other members of the consortium are the University of Amsterdam (UvA); Autonomous University of Barcelona; and the Humanities Research Centre of the Hungarian Academy of Sciences.

Watch below this video in Spanish: Mercedes Garcia Arenal, one of the 4 Principal Investigator of the project, is explaining the main objectives of our ERC Project “The European Qur’an”. 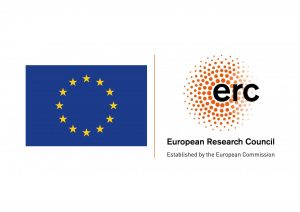 The project has received funding from the European Research Council (ERC) under the European Union’s Horizon 2020 research and innovation program (grant agreement no. 810141).