Home » Conference “The Propaganda Fide and Filippo Guadagnoli’s Arabic Refutations of the Quran, 1637 and 1649”

Conference “The Propaganda Fide and Filippo Guadagnoli’s Arabic Refutations of the Quran, 1637 and 1649”

By Nabil Matar, Professor of English, University of Minnesota 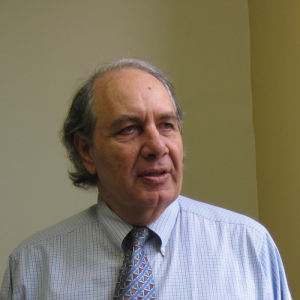 Nabil Matar will give a conference on “Filippo Guadagnoli’s Arabic Refutations of the Quran, 1637 and 1649” on Tuesday 14th of June in the framework of the EuQu ERC project’s Summer School “The Qur’an in inter-Christian polemic” (MSH Ange Guépin Nantes – 14-17 June 2022).

Abstract : Filippo Guadagnoli’s two books, the Ijaba (1637) and the Barahin (1649), were the longest and most extreme Christian attacks (2,000 pages plus) on the Quran and the Prophet that had ever appeared in Arabic; they were also the first Arabic books that reflected the position of the Propaganda Fide towards Islam. The books were sent to the Ottoman Levant to convert Muslims, making them the most incendiary texts in the early modern history of Christian mission in the Arab East.
The books have not been studied in the context of Christian-Islamic polemic, nor have they been treated as two different texts in their treatment of Islam. This paper examines the approaches that Guadagnoli adopted in framing his attacks, the Maronite-Rome axis behind the publications, Guadagnoli’s poor command of the language and the history, and his uncompromising attitude towards the conversion of Muslims.

In 1986, Dr. Matar moved to the United States and started teaching in the Humanities Department at Florida Institute of Technology. In 1997, he became the Department Head and served until 2007 when he moved to the English Department at the University of Minnesota. He is Presidential Professor in the President’s Interdisciplinary Initiative on Arts and Humanities and the Samuel Russell Chair in the Humanities. He teaches in the departments of English and History, and in the Religious Studies Program.

Dr. Matar’s research in the past three decades has focused on relations between early modern Britain, Western Europe, and the Islamic Mediterranean. He is author of numerous articles, chapters in books and encyclopedia entries. He completed a trilogy on Islam in Britain, 1558-1685 (Cambridge UP, 1998), Turks, Moors and Englishmen in the Age of Discovery (Columbia UP, 1999), and Britain and Barbary, 1589-1689 (UP of Florida, 2005). He wrote the introduction to Piracy, Slavery and Redemption (Columbia UP, 2001) and completed a second trilogy on Arabs and Europeans in the early modern world: In the Lands of the Christians (Routledge, 2003); Europe through Arab Eyes, 1578-1727 (Columbia UP, 2009); and An Arab Ambassador in the Mediterranean World (1779-1787)(Routledge, 2015). With Professor Gerald MacLean, he published Britain and the Islamic World, 1558-1713 (Oxford UP, 2011), and with Professor Judy Hayden, he edited a collection of essays on travel to the Holy Land in the early modern period: Through the Eyes of the Beholder: the Holy Land in Early Modern Imagination, Brill, 2012). He also edited, introduced, and annotated Henry Stubbe and the Beginnings of Islam: ‘The Originall & Progress of Mahometanism,’ (Columbia University Press, 2013), and completed British Captives in the Mediterranean and the Atlantic, 1563-1760 (Brill, Leiden, 2014). In 2018, he selected, introduced, and translated The United States through Arab Eyes: Anthology of Writings from Early Emigrants (1876-1914) (Edinburgh University Press).

Dr. Matar was Principal Investigator of, “Shared Cultural Spaces: Islam and the West in the Arts and Sciences,” National Endowment of the Humanities Conference (24-26 February 2011) and in recognition of his “pioneering scholarship on the relationship between Islamic civilisation and early modern Europe,” Dr. Matar was given the Building Bridges award at the University of Cambridge (28 March 2012). In 2017, he received the Kuwait Foundation for the Advancement of Sciences Award.

This conference is organized by the Maison des Sciences de l’Homme with the partnership of the Institute of Advanced Studies of Nantes. 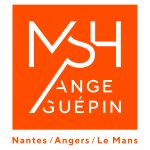