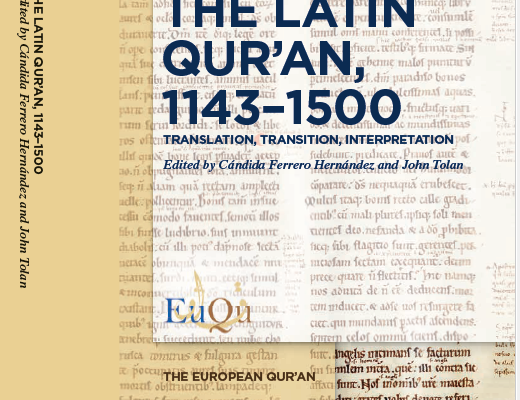 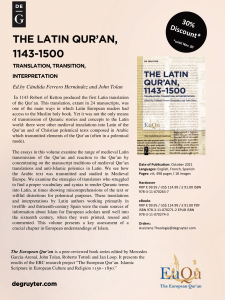 In 1143 Robert of Ketton produced the first Latin translation of the Qur’an. This translation, extant in 24 manuscripts, wasone of the main ways in which Latin European readers had access to the Muslim holy book. Yet it was not the only  means of transmission of Quranic stories and concepts to the Latin world: there were other medieval translations into Latin of the Qur’an and of Christian polemical texts composed in Arabic which transmitted elements of the Qur’an (often in a polemical mode).

The essays in this volume examine the range of medieval Latin transmission of the Qur’an and reaction to the Qur’an by concentrating on the manuscript traditions of medieval Qur’an translations and anti-Islamic polemics in Latin. We see how the Arabic text was transmitted and studied in Medieval Europe. We examine the strategies of translators who struggled to find a proper vocabulary and syntax to render Quranic terms into Latin, at times showing miscomprehensions of the text orwillful distortions for polemical  purposes. These translations and interpretations by Latin authors working primarily in twelfth- and thirteenth-century Spain were the main sources of information about Islam for European scholars until well into the sixteenth century, when they were printed, reused and commented. This volume presents a key assessment of a crucial chapter in European understandings of Islam.

The European Qur’an is a peer-reviewed book series edited by Mercedes García-Arenal, John Tolan, Roberto Tottoli and Jan Loop. It presents the results of the ERC research project “The European Qur’an. Islamic Scripture in European Culture and Religion 1150 – 1850.