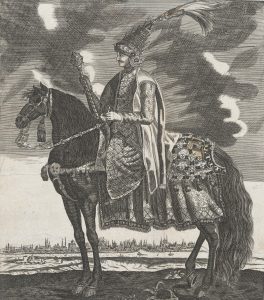 A Series of Panel Discussions

This series of panel discussions examines the nexus between wars with the Ottoman Empire and the study of Islam and the Qur’an in early modern Europe. It sketches a broad historical trajectory from the fall of Constantinople into the eighteenth century, tracing how conflict informed popular views of Islam and impacted the material conditions and practices of orientalist scholarship, through looted orientalia (manuscripts, coins, textiles, metalwork) and prisoners who assisted orientalists as scribes and amanuenses. Each panel focuses on a particular stage of conflict, with papers exploring the interrelations between knowledge production and armed conflict from a variety of perspectives. Following these moments over time, we will consider how intensifying coordination between the agents of orientalist scholarship—those who procured, copied, collected, and interpreted the objects of orientalist interest – contributed to shifting views of Islam across Europe.