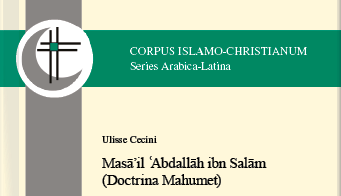 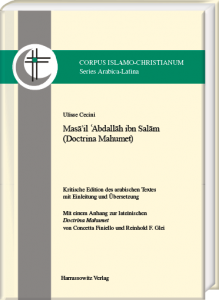 Dr Ulisse Cecini was born in 1979 in Monza (Italy). After having graduated in “Lettere Classiche” at the Università Cattolica in Milan and having worked on Latin hagiographic poetry of the 10th century (Flodoard of Reims), he obtained a scholarship from the Deutsche Forschungsgemeinschaft (DFG) to write his PhD-thesis in Medieval Latin at the University of Erlangen-Nuremberg on Latin Qur’an translations in the 12th and 13th centuries from the Iberian Peninsula. He was later a member of the DFG-Priority Programme (SPP 1173) “Integration and Disintegration of Civilizations in the European Middle Ages”, in which he worked on the question of Christian identity in 9th century Muslim Cordova, analyzing the polemical work of Albarus Cordubensis during the period of the so-called voluntary martyrs. After that, he was affiliated to the Käte-Hamburger-Kolleg project “Dynamics in the history of religions” at the Ruhr-University Bochum and prepared the (forthcoming) critical edition of the Arabic Masāʾil Abdallāh Ibn Salām, which was translated into Latin in the 12th century with the title “Doctrina Mahumet”. Most recently (2018), he published the critical edition of the Latin translation of the Babylonian Talmud, realised in Paris in 1245. His research interests are Christian-Muslim and Christian-Jewish relations, Oriental studies, Arabic/Hebrew to Latin translations, Medieval translation theories and interreligious cultural transfer.