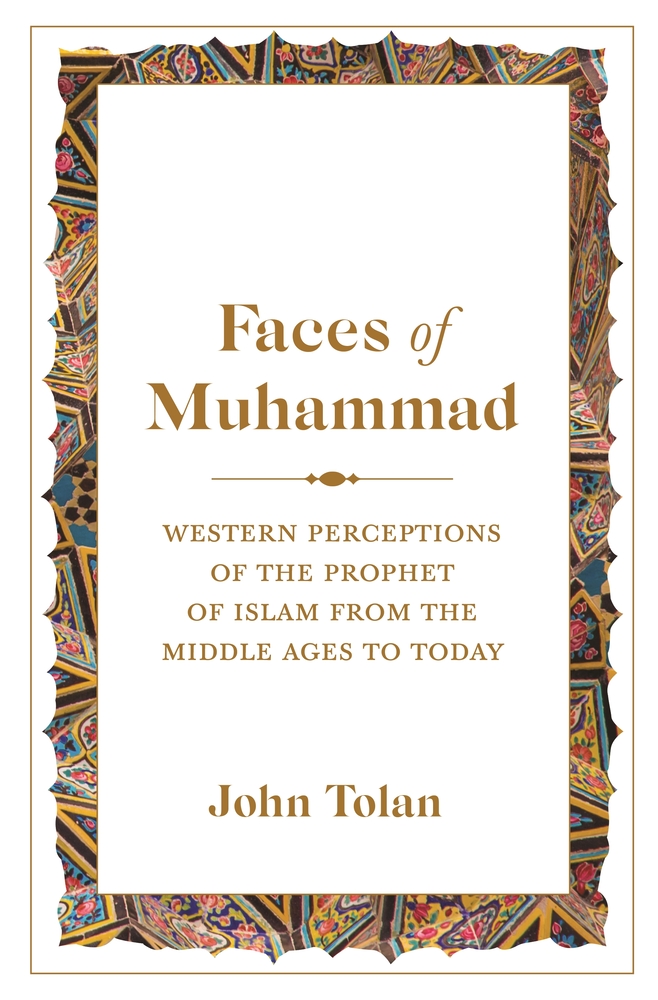 Home » Interview with John Tolan about his book ‘Faces of Muhammad’

Interview with John Tolan about his book ‘Faces of Muhammad’

John Tolan’s latest book Faces of Muhammad: Western Perceptions of the Prophet of Islam from the Middle Ages to Today (Princeton UP, 2019) is a fascinating and rich survey of the complex perceptions of Muhammad as understood by Christian Europeans. Using sources that range from art to literature to history to theater to religion, Tolan shows that portrayals of Muhammad are varied and complex – indeed contradictory – and reveal more about the context in which these images appear than about Muhammad or Islam. In other words, the non-Muslim European discourse on Muhammad reflects the writers’ own preoccupations at home. Views about Muhammad are varied and complex, Tolan argues, and not always negative as is often highlighted. Sure, Muhammad is a false prophet, a heretic, a trickster, an idol, in some cases, but he’s also a role model, a hero, a great leader in others, sometimes in the same time period. For instance, while during the Crusades, Muhammad is a false prophet and the primary opponent of the Christian writers, during the Protestant Reformation, the prophet of Islam is received more positively, although not consistently: he is instrumentalized in the polemics between the various Christian groups such that each group – specifically the Protestants, the Catholics, the Unitarians – hold differing views on Muhammad, and parallels are drawn between him and the writer’s contemporary heroes or opponents.

In today’s discussion, Tolan shares with us the primary contributions and arguments of the book, including specific depictions of Muhammad and the contexts that shape them, legends associated with Muhammad involving bulls and doves and floating coffins, the Christian doctrine of Immaculate Conception and its relevance to Muhammad, Jewish authors’ perception of and relationship with Muhammad, and more.

Shehnaz Haqqani is an Assistant Professor of Religion at Mercer University. Her primary research areas include Islam, gender, and interreligious marriage. She has a YouTube channel called What the Patriarchy, where she vlogs about feminism and Islam in an effort to dismantle the patriarchy; the vlog is available at https://www.youtube.com/whatthepatriarchy. She can be reached at haqqani_s@mercer.edu.